"Bod_j_ect" (2020)
This project it is part of ongoing Artist In Residence programme at: 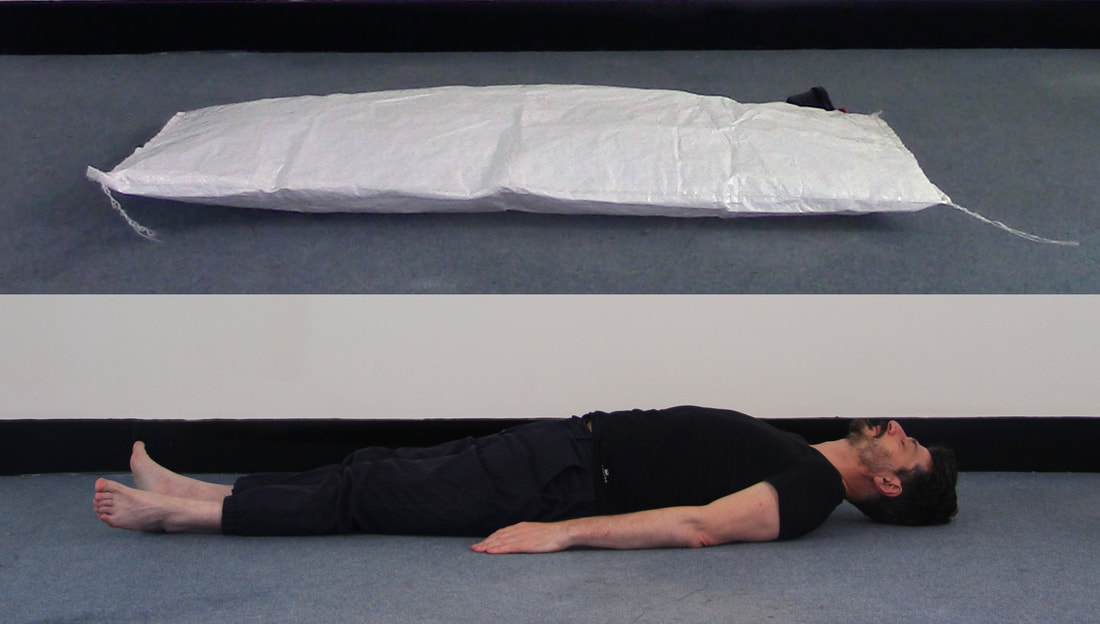 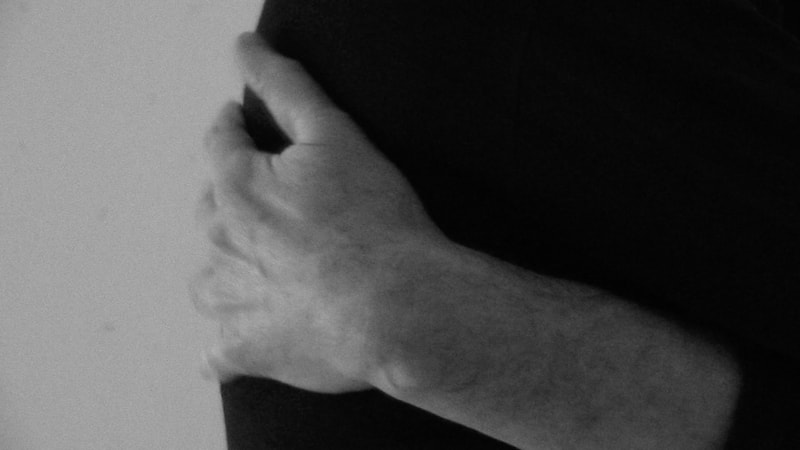 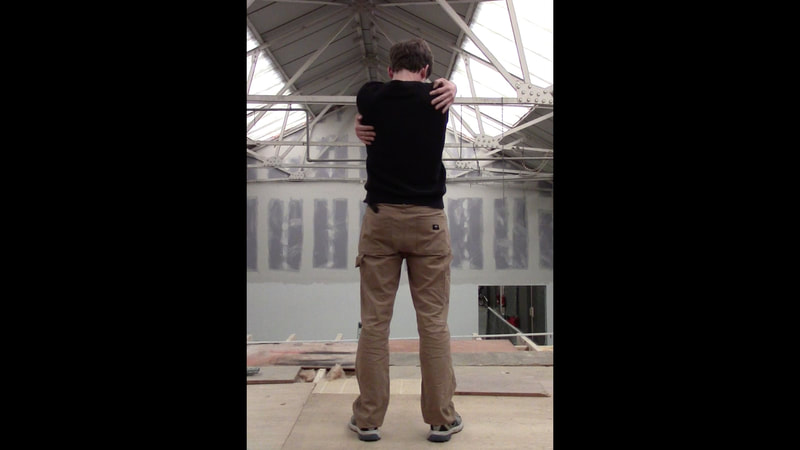 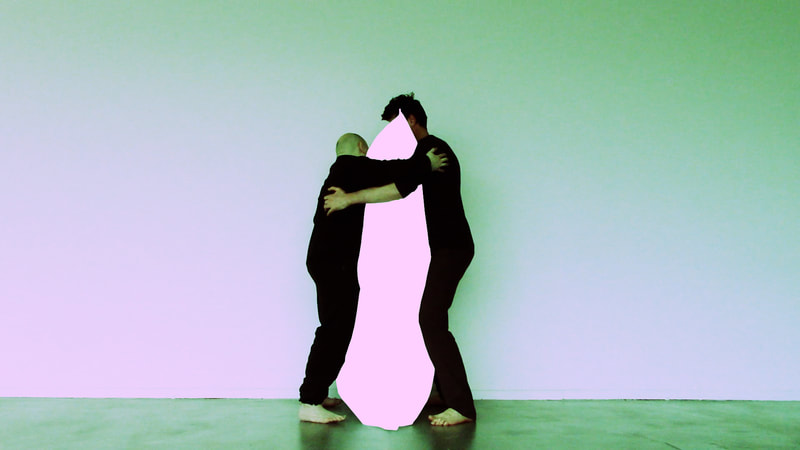 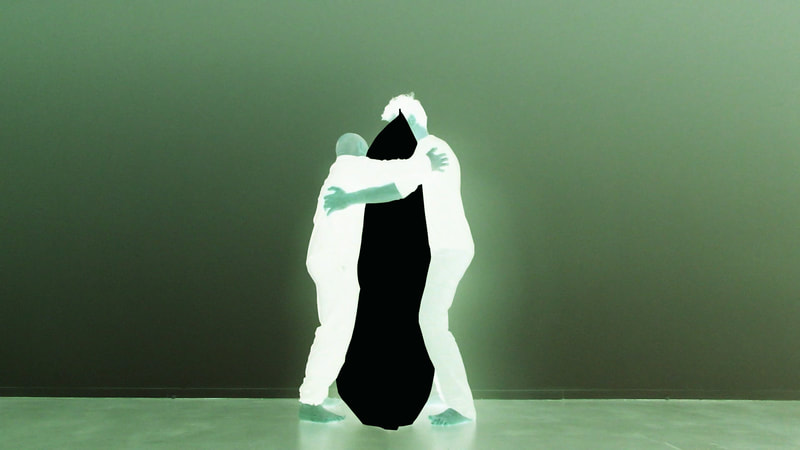 This new work of performance came to exist weeks of conversations with Henry Chan at Liverpool John Moore University. The initial idea started with looking at new possibilities to activate object with  the human body through a series of performance. We were both looking for art that seek to achieve a poetic statement with the simplest of mean. Somehow a return to simple materials reveling laws and processes deriving from the power of the imagination.

Above:
Live preformance at ERL Gallery at LJMU (2020) 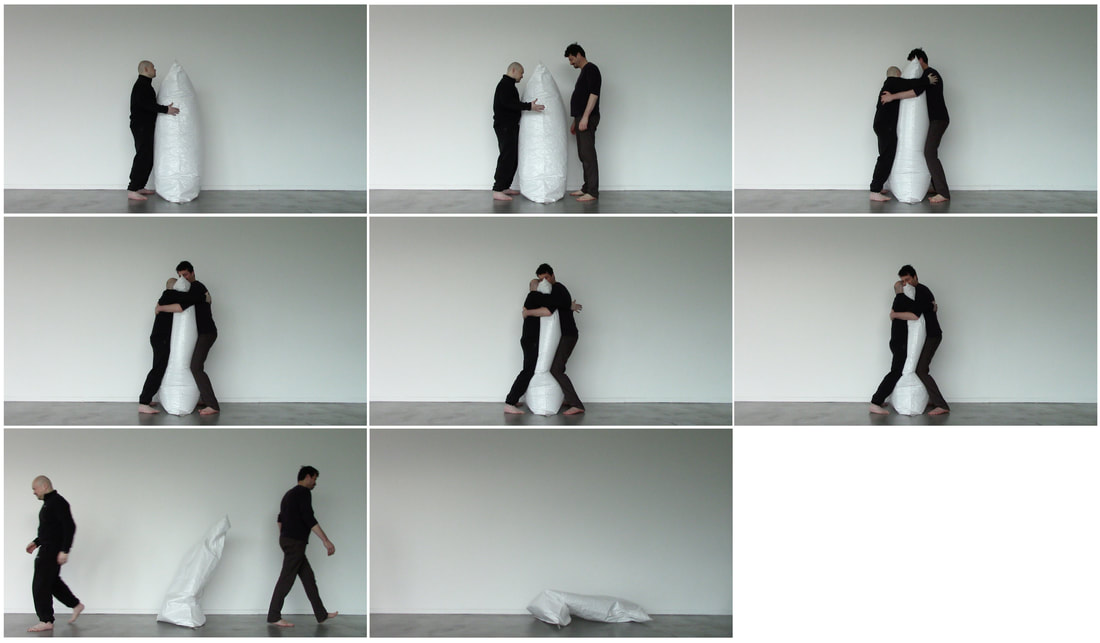 Single Acts are a series of sketches using performance as a method to create the work. I was looking at new possibilities to activate object with  the human body through a series of performance. In this sketches both artists are looking for art that seek to achieve a poetic statement with the simplest of mean. 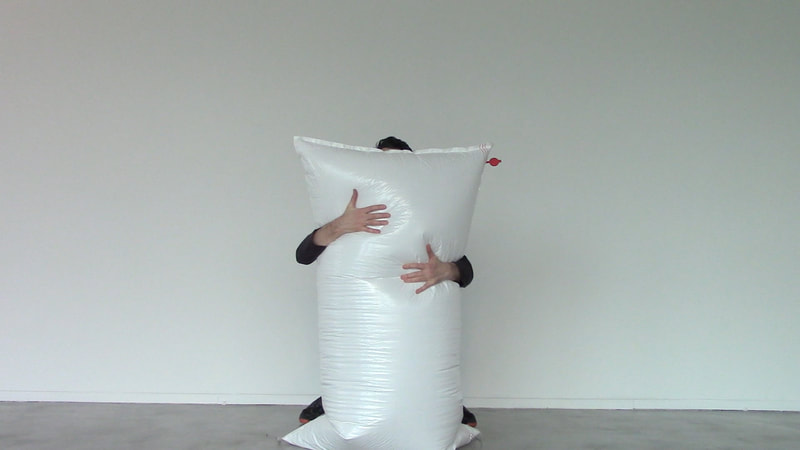 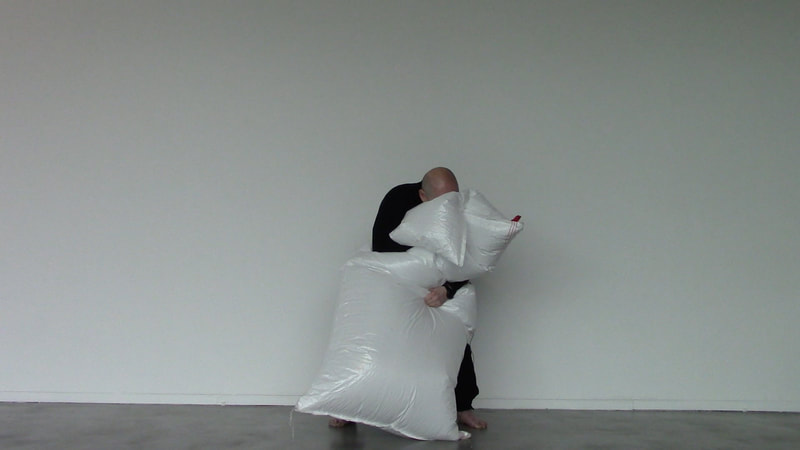 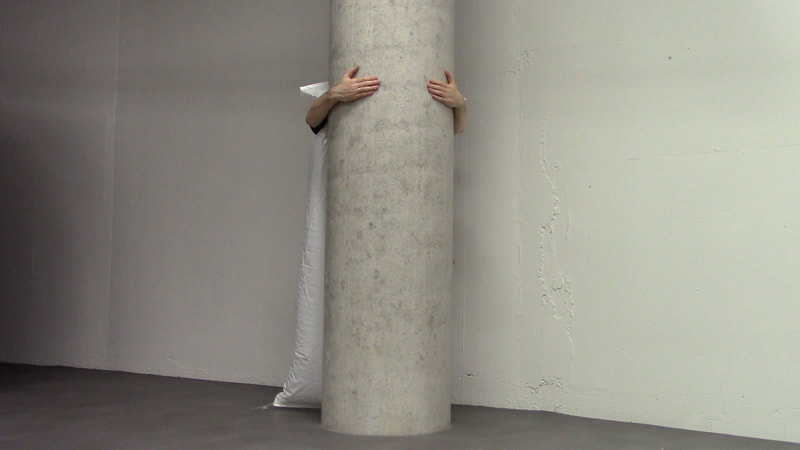 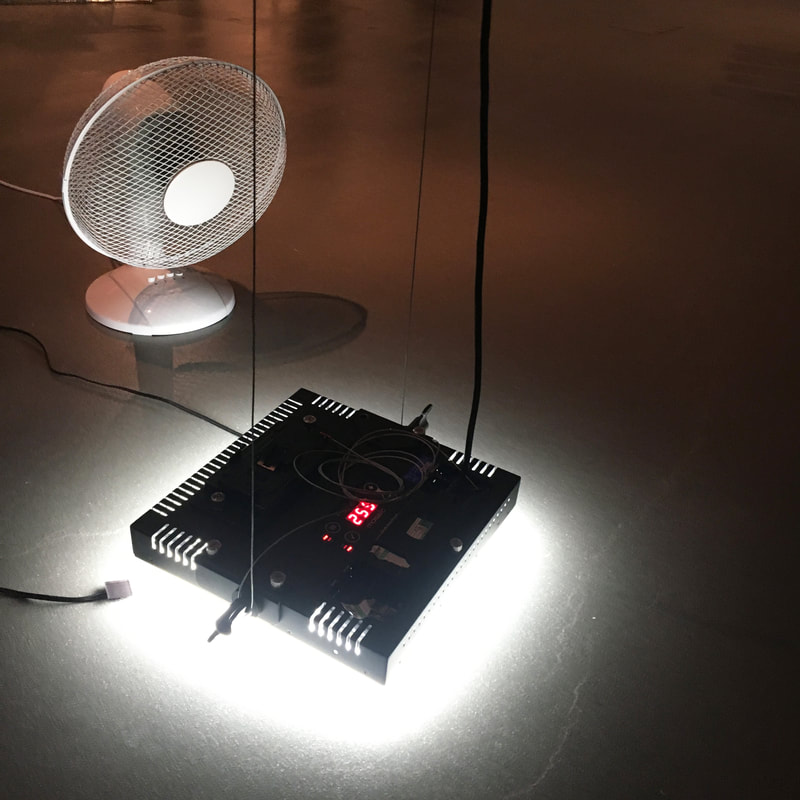 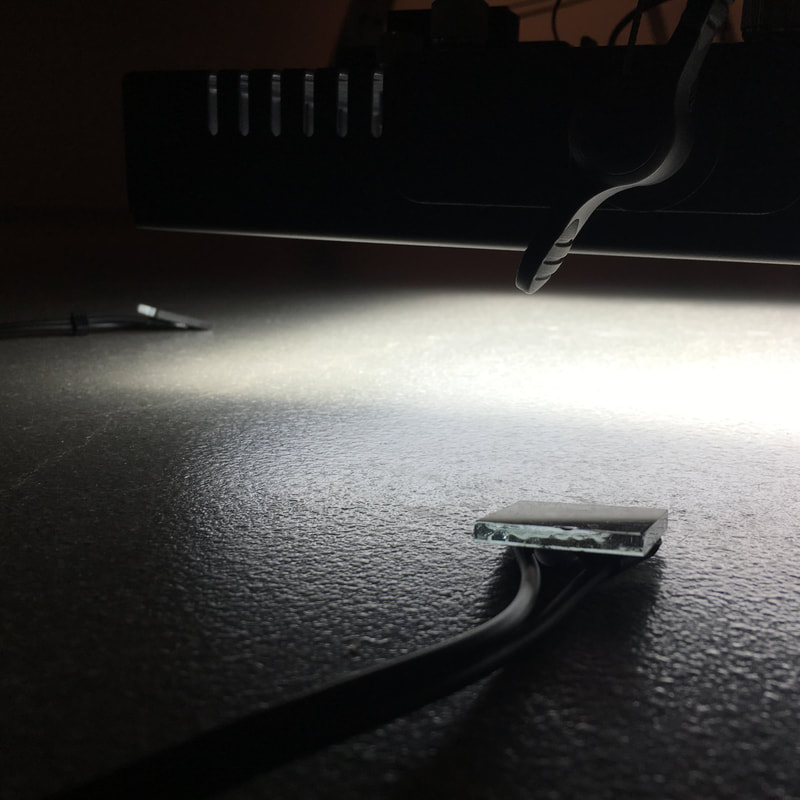 This work is part of and ongoing research on sound, sculpture and sonic experiments. For this specific sound installation, I have exposed two selenium cells under a suspended light box. Each cell is wired and connected to a mixer and then connected to an amplifier. The oscillation of the fan towards the light box makes the box moving in and out. This engagement between light and the selenium cells create different qualities of white noises. What we may experience when sitting in this room is quite similar to what we may experience when sitting in an outdoor landscape. For example like the one being in front of the sea and listening to the sound of the waves coming in and out in a loop motion.

Below: still frames from video 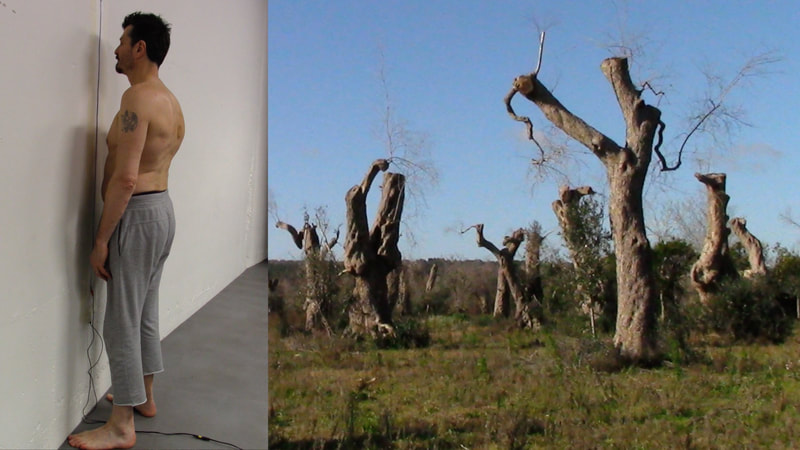 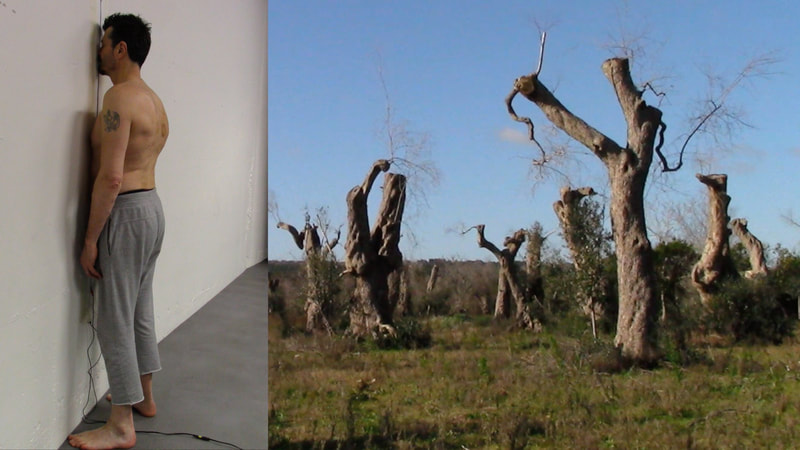 The installation is a juxtaposition of visual and sound, it is language which attempt is to affect the audience when they experience the work. The work consisted of a film projection on a wall passing through a transparent acrylic structure or perspex positioned in the middle of the room. The perspex split the video in multiple part of the room creating an immersive environment for the viewer.
The video had two different elements in it: on the left there was a side view of a human body moving forward and backward from the wall. The oscillation of the body was activating and dis-activating an electronic device placed on the wall and the sound produced by this interaction was amplified and played back in the room. The second element was the view of an infected land of olive trees.

What I wanted to present for this exibition, was this juxtaposition; this dialogue between the body and this land. Create the possibility where the body could enter in connection with that land, absorbing and let the mater of that space enter the body and from there start to imagine a creative process, a creative act of tranformation.
Watch the full video:vimeo.com/387287940
++ More images: